Thanks to Darrin and Amanda, I found myself in possession of a Mezza Luna Farms box of veggies last week. Among the goodies was a pickling cucumber and a GIGANTIC Japanese cucumber. I do not exaggerate. 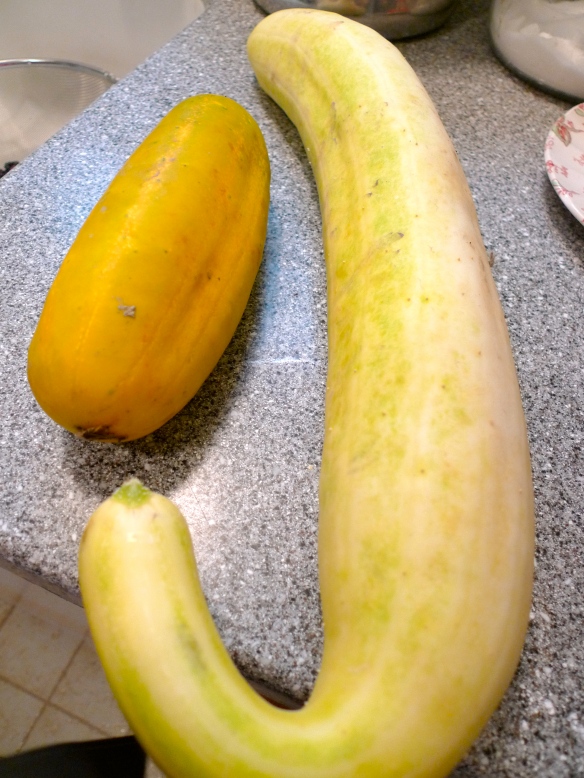 Clearly, something had to be done.  Something of the briny variety. 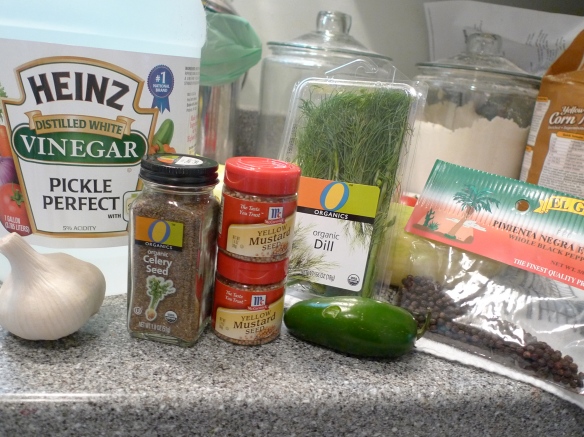 I used Ted Allen’s Refrigerator Pickle brine times 2, since I wasn’t sure exactly what my yield would be. According to the recipe, one batch makes 2 quart jars and I figured 4 jars would be a safe guess. Turns out I was right on. BUT if you use the recipe below as written, be aware it will only make enough brine for 2 jars (though I did have some leftovers).

*I also added maybe 1/2 teaspoon of red pepper flakes and a couple slices of jalapeno to each jar. So far they have a bit of spice but not too overwhelming.

In a medium saucepan, bring 4 cups water to a boil, reduce the heat so the water simmers and add the garlic. Cook for 5 minutes. Add the vinegar and salt, raise the heat and bring to a boil, stirring until the salt dissolves.

In 2 clear 1-quart jars, place a few sprigs of dill. Divide the seeds and peppercorns between the jars. Using tongs, remove the garlic from the brine and place 5 cloves in each jar.

I sliced the cucumbers fairly thinly, maybe 1/4″ to 1/8th, and packed the jars with them. I then poured the boiling brine on top to cover completely. Let them cool, and then cover and refrigerate. They will taste like pickles in a few hours and get better after a few days. The recipe says they keep for about 3 months. 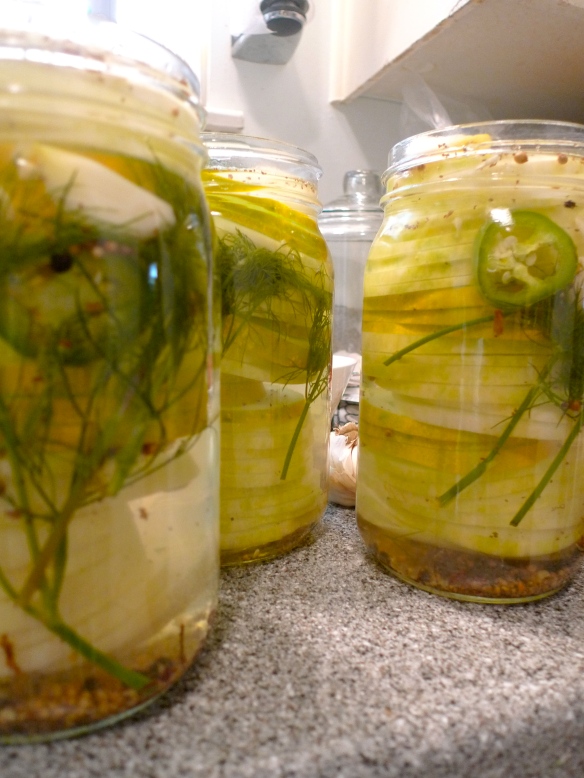 food, garden
pickles
← missing
→ what i want to be when i grow up