Wrapping up a chaotic August – 2 trips and 2 birthdays, and not much time to spend in the yard.  The weather has also been a bit chaotic – some days of hot, but mostly kinda cool.  Hence some tomato ripening issues –

Luckily some of the smaller ones have had enough sun! 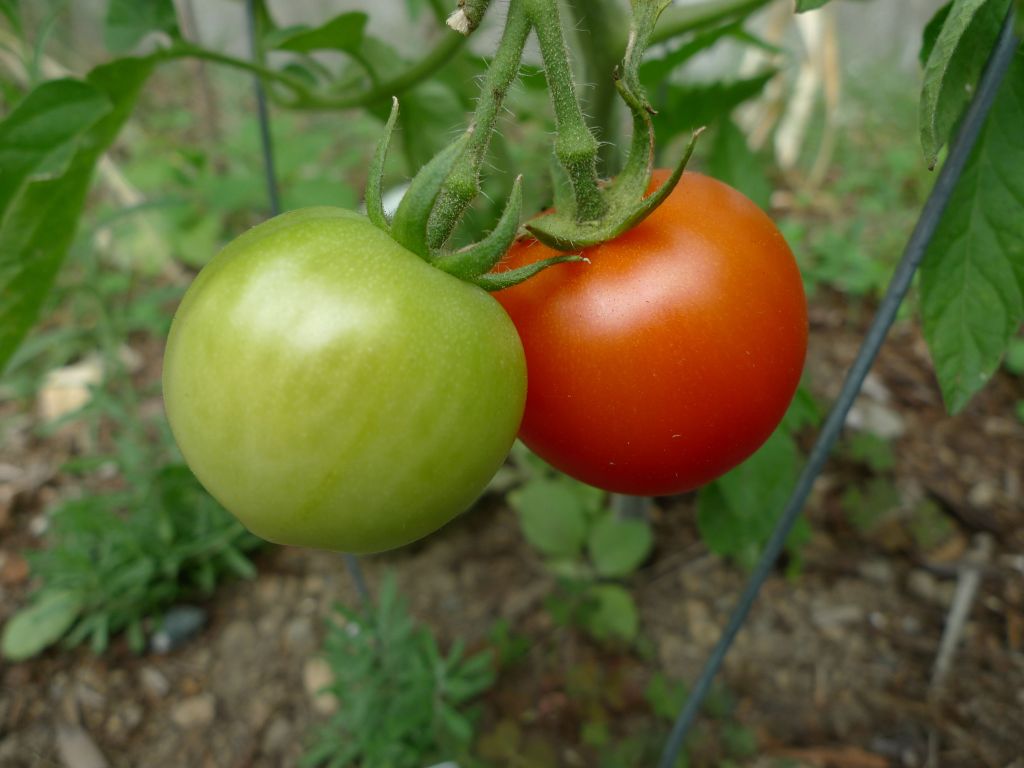 This was the year of the Great Apple Thinning Experiment. So far it looks like it was a success – actual APPLE sized apples, and some nice color. 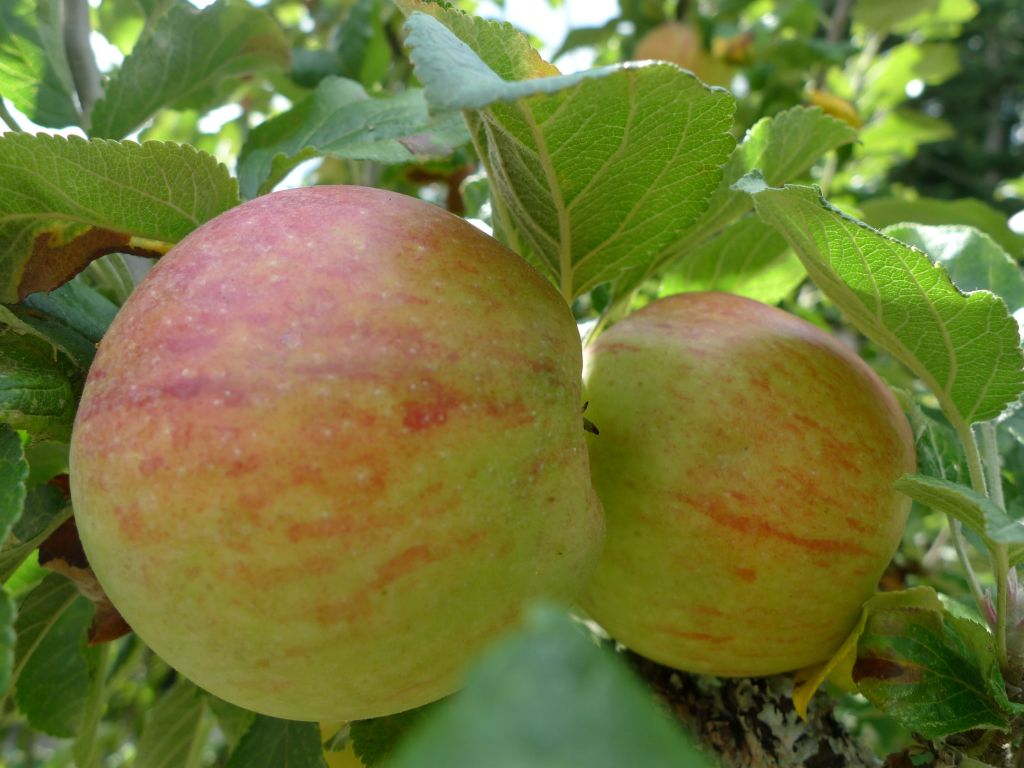 Also in the happily-ripening category – raspberries! 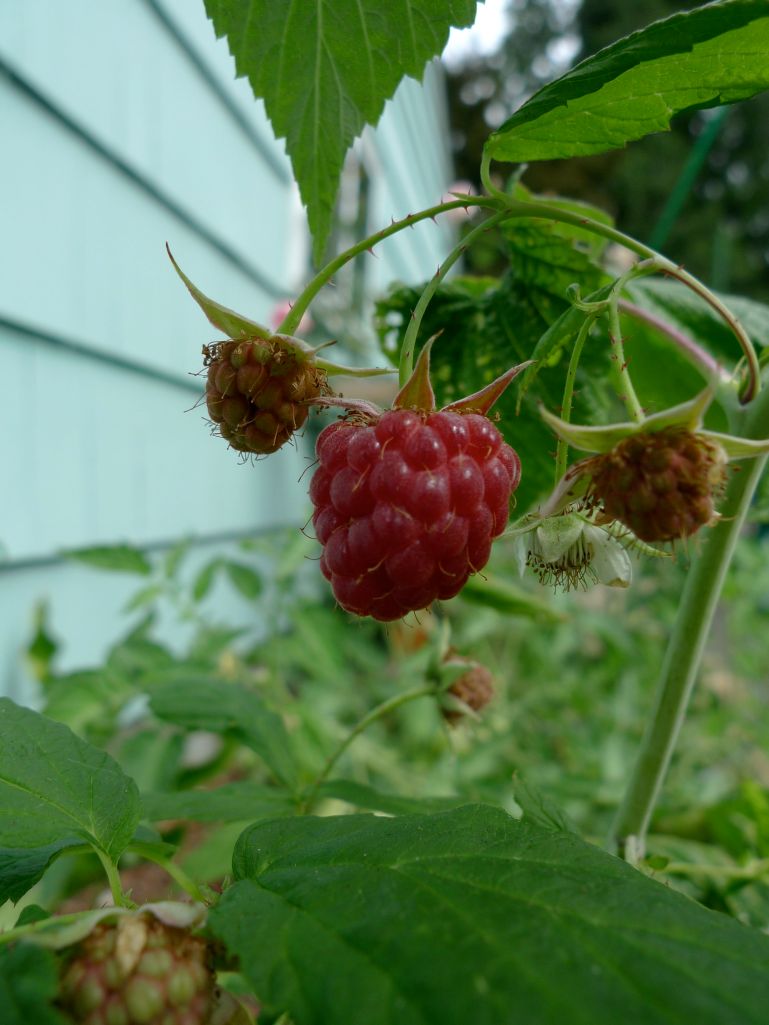 Still a few things in progress; check out the wee tiny cucumbers and a pepper!

As for the Brussels sprouts and the squash, it remains to be seen. 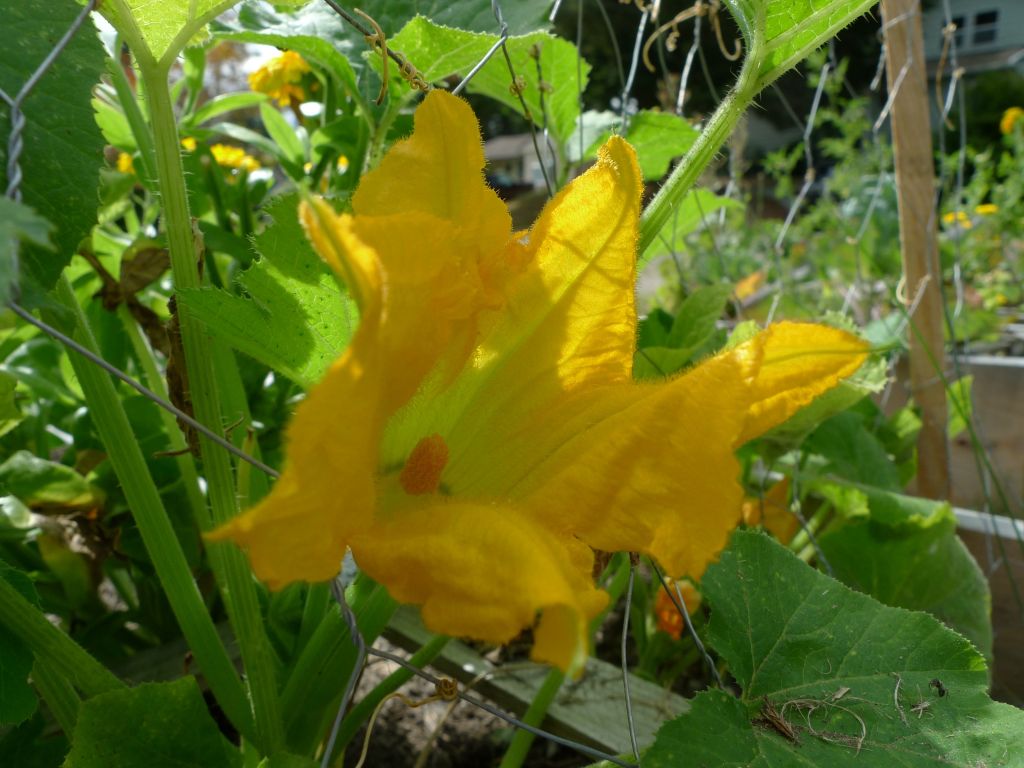 It’s not all edibles around here.  Got a few favorite flowers too.  Japanese blood grass… 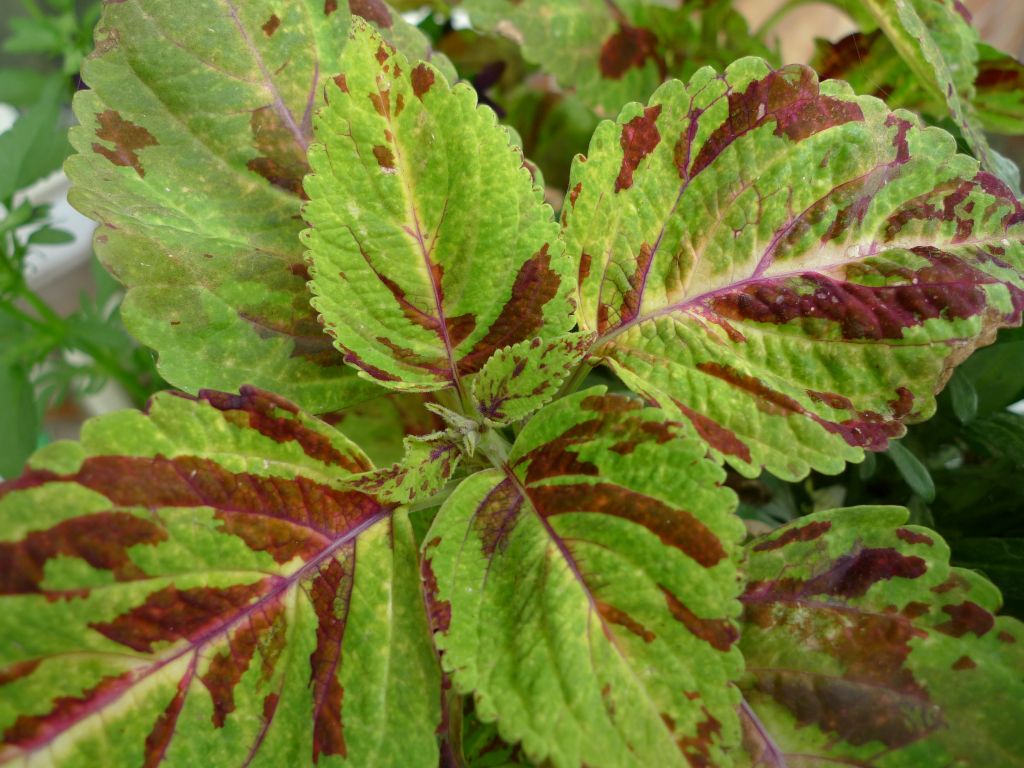 And one of my favorite new acquistions – sea holly 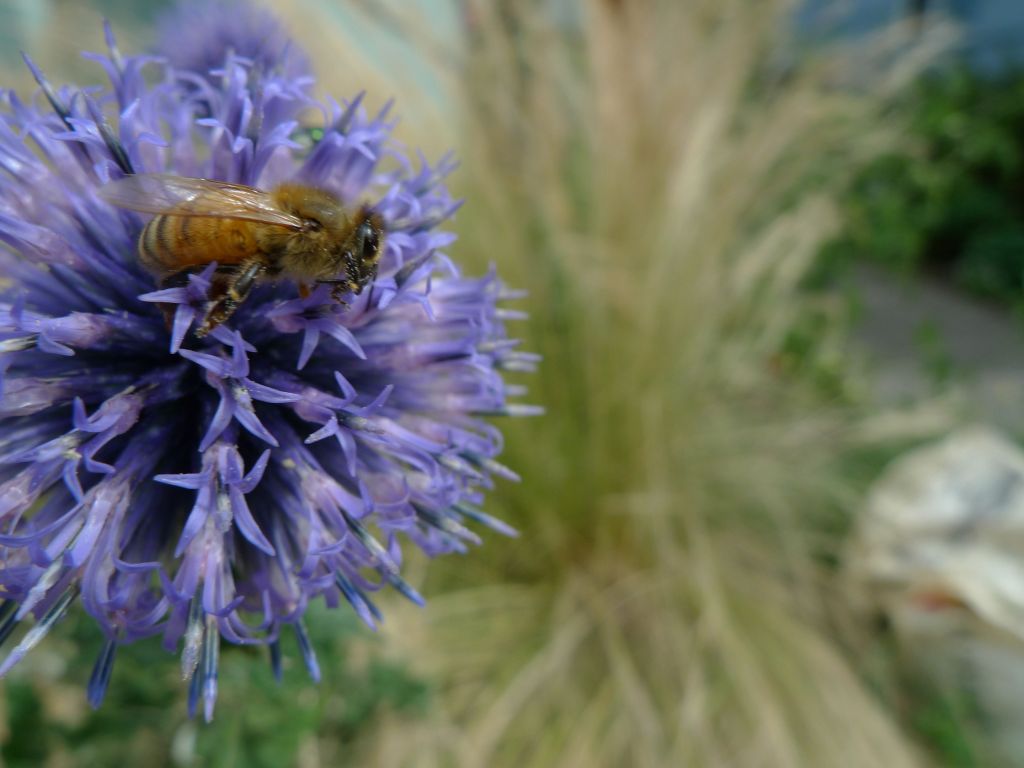 So while there were no figs or currants to be harvested this year, all in all I’d have to say it was a pretty good year in the garden.  We will need to augment the soil in the boxes – guess the fancy stuff we lugged in wasn’t so fancy after all.  We’ll add some compost and plant a cover crop of red clover to prep for next year.  The tomatoes did MUCH better in the ground than last year in the pots, and the handful of raspberries we got were very tasty.

Now we just have to pray there’s no hard frost and lots more sun or we’ll be getting creative with LOTS of green tomatoes!

garden
← birth of a quilt
→ nineteen